You are here: Home / The Practice / Philosophical practice

Indeed, it is possible to state that all philosophical work is a practice, since it is always an exercise of the mind. Nevertheless, the distinction we are introducing tries to distinguish a certain idea of philosophy, where it is not so much the knowledge of the authors, the schools of thought and the tradition that interests us, but rather the activity of thinking as such. Between Socrates and Aristotle was dug an important gap. Philosophy as dialogue became rapidly a lecturing activity, where a teacher gives his students the knowledge they need to assimilate, a form of teaching that is now rather hegemonic in the academy.

By philosophical practice we mean an exercise that is not reserved to an intellectual elite, but is neither a banalization of philosophical culture. The issue is to invite everyone to work through the various constraints of philosophizing. Questioning, arguing, problematizing, conceptualizing, analyzing … So many mental gestures necessary for this martial art of thought. That implies to question and to understand the world, others and oneself, to determine at best our actions, for the simple pleasure of thinking.

Ten principles of the philosophical exercise

For any game, for any practice, as for any exercise, rules must be installed, rules that imply specific requirements and constraints, rules that require specific skills. A game is not a simple emotional release: it challenges through rules. Rules that must be articulated, proposed, defined, understood, used, imposed, without forgetting to review them permanently. Indeed, rules are only worth what they are worth, accomplish only what they accomplish, and nothing else. In addition, the rules can – or should – be an integral part of the discussion: they will be periodically the subject of debate, debate on the debate, an essential element of the reflexive and dialectical perspective that we favor here. It is also because it permanently rethinks its own rules that philosophical practice distinguishes itself.

To philosophize is to cease living

“Those who devote themselves to philosophy in an appropriate way do no more than prepare for death and the state of death.” Plato

“The Tao Te King is so mysterious that one is willing to die as soon as one hears it”. Confucius

The Art of Questioning

If we were to summarize the role of the professor of philosophy by a single function, we would say that it is to introduce the student to the art of questioning, a founding act and a historical genesis of philosophizing. Philosophy is a process of reflection, a  thoughts process, before being a culture, which is only its product, its raw material or its means. And as with all art, this process results from an attitude, it is based on it.

Guidelines for rational judgment and dialogue

In this abstract, we propose a dozen basic and fundamental principles that seem to allow and structure philosophical reflection and dialogue. 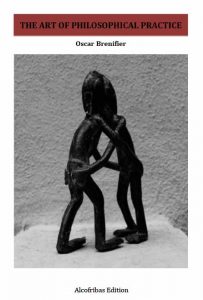 The emerging of new practices in the domain of philosophy, motivated by the desire to philosophize, which is expressed by the wider public since a few years, leads us to ponder the nature of this philosophizing, perhaps, in part, to answer those who question the legitimacy of this recent popularization of the philosophical impulse. In order to better capture its manifold manifestations, the present work will approach this new phenomenon from various angles: from the angle of the attitudes, as astonishment or radicality (fundamentalism), for example; also, from the angle of the skills involved therein, like analysis or argumentation, or again like problematization and conceptualization. But, we will also discuss about dialectic, intuition, philosophical consultation and so on.